We manage innovation. We drive transformation.

ideas4all Innovation is a company that specializes in innovation and offers ‘Universe’, its software in the cloud, as well as its own methodology to drive corporate innovation programs and initiatives, taking full advantage of collaborative innovation among organization stakeholders, such as employees and other external collaborators.

We work with all types of organizations in several continents, among which are IBEX 35 companies like Banco Santander, Repsol and Banco Sabadell, and large corporations like Zurich Insurance, RTVE, Mutua Madrileña or Banco Popular Dominicano. ideas4all innovation is also behind ideas4all.com, the largest community of creative ideas open to the public.

ideas4all Innovation was founded in 2008 by Ana María Llopis, with the objective of taking advantage of all the good ideas around the world that are not always visible. With that goal in mind, we created the community ideas4all.com, where anyone may share ideas and co-create the ideas of others through open innovation, in an environment of total freedom and transparency.

In 2010, we started marketing our software and methodology for large companies, driving innovation programs and initiatives that create new products and speed up their arrival to their markets, or provide internal competitive advantages, among other use cases, such as the creation of an internal culture of innovation and intrapreneurship, co-creation with clients or the capture of insights from large audiences. In 2016, we also began our internationalization process, particularly with our expansion to Latin America and acquisition of several clients in the continent. In 2019, we also began to market a eco line with innovation projects that focus on sustainability.

We organize individual and collective ideas that are capitalized as tangible solutions at the service of corporate and social transformation.

We develop solutions and technology to create and install the systemic capacity for thought and innovation in organizations, providing spaces for intelligent collaboration and involving your external and internal talent.

We enjoy what we do.

We have the privilege of enjoying ourselves as much as humanly possible, and we take full advantage of that every single day. We always keep a positive, collaborative and optimistic attitude. We prefer solutions to problems.

We believe that creativity and learning thrive best in an open and friendly environment.

We are proactive
towards clients.

Every day we anticipate our clients’ experience and try to improve it. We want to give our clients access to the most transformative ideas using the talent within their organizations. We keep up with the latest trends and dedicate our full efforts and attention to understanding them. We believe our clients’ success is our success.

We know satisfaction, but we never settle for anything less than perfect. We always want to improve, individually and collectively. We strive for excellence in all areas. We learn every day thanks to our healthy curiosity and the pleasure of improving and sharing continuously. We also learn from our mistakes, because we never want to stop learning.

We move fast, and are not afraid to break dishes.

We focus on building more things and learning faster. We are dynamic. Moving fast sometimes implies breaking a few dishes on the way, but we learn so quickly that we soon hatch new and better dishes. We don’t punish ourselves for mistakes that arise from experimentation, because we try to learn from them.

We are part of society.

Our DNA includes peer-to-peer work, collaboration and contributing. We feel that our cog in the wheel of society must be perfect for us, in order to be able to seek and offer support to others.

We have the aim to help improve the lives of organizations, people and society with our work and part of our profits.

We are barmen for ideas.

We are a cocktail shaker where our clients can mix their talent and creativity. For us, nothing is established beforehand. We question everything, even ourselves. We are always looking for new points of view. We listen and ask ourselves a thousand why’s and wonder if there are alternatives, if we can transfer ideas from one area to another, or turn them upside down.

Want to know what others say about us?

Find out the latest news and information
on ideas4all Innovation.

Founder and President of ideas4all Innovation, she has extensive experience as leader and manager, particularly in the field of Internet and new technologies. She was non-executive President of DIA and non-executive, independent Advisor of Société Générale, as well as President of Viaplus and Razona; Director of the Finance and Insurance Markets at Indra; non-executive, independent Advisor at Reckitt-Benckiser, BAT and ABN AMRO Bank, until its nationalization. She has also held management positions at companies like P&G, Playtex, Schweppes, Banesto and Grupo Santander.

Between 2006 and 2010 she was part of the Advisory Council for Electronic Administration, under the Spanish Ministry of Public Administration. She is an executive member of the International Women’s Forum (IWF) for Spain, and of the advisory council of the Observatory for Internet Analysis and Economic Development (ADEI). Ana María has received many prizes such as the Women’s Forum Award (2014), the EVAP/BPW 2013 Award in Valencia, AUI’s Internet Prize in recognition of her outstanding career, the prize to the best Financial Executive in 1995 as founder and CEO of OpenBank, the prize of the Catalan Institute for Women in 1997, or the Entrepreneur of the Year award in 2001. Ana María Llopis was also recognized by the Times in 2005 as one of the 100 most influential executives in the United Kingdom. 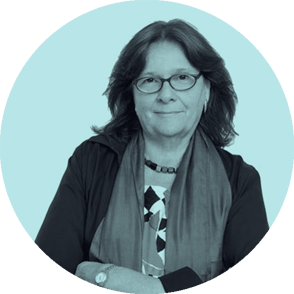 Trained as a lawyer and economist, Pilar has 20 years of experience in management positions of large corporations, mainly involved in the areas of marketing, sales and business development, and in the Publishing and New Technology sectors. Before she joined the team at ideas4all Innovation, first as COO and later as CEO, she has worked as Director of Business Development at Womenalia, Commercial and Marketing Director of the online area of publishing group G+J and Marketing Director of Software and Management at Hewlett-Packard for Spain and Portugal.

Pilar also has experience as an entrepreneur, as founder of digital consulting firm Tanja5 to monitor and manage sports competitions, and has completed the W50 Banco Santander Program, Management -Board Membership-Corporate Governance provided by the University of California, Los Angeles, UCLA Anderson School of Management, directed at 50 women with potential to become global leaders. She is also a member of professional associations such as Women CEO and the Professional Women’s Network. Among her greatest passions is the development of people through job crafting, and horses. 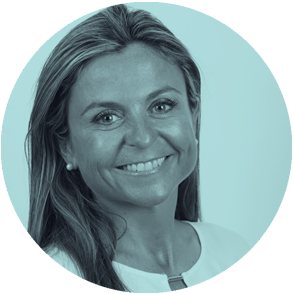 We pursue that our actions generate a social benefit, beyond the economic field.
This is our commitment to society.