7th May 2015. In times of crisis and difficult access to credit, crowdfunding has become a lifeline for many Spanish entrepreneurs who are looking for ways to get their projects off the ground.

Lánzanos, Verkami, Safaricrowdfunding or Grow.ly are some of the platforms promoting this alternative and increasingly popular financing model in Spain. Along these are others like ideas4all, used for crowdsourcing of ideas, which has created a competition in association with Lánzanos for the crowdsourcing of entrepreneurial ideas. 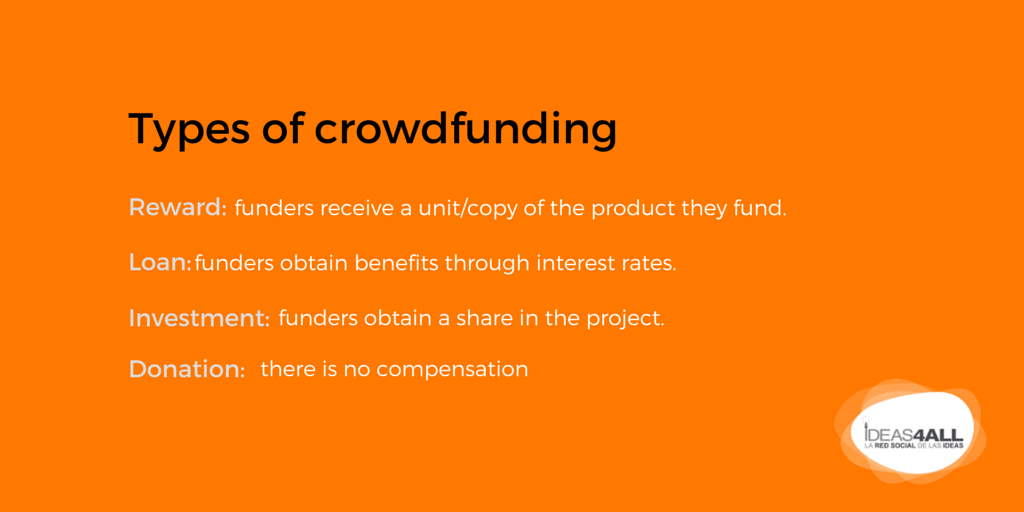 Last year alone the crowdfunding industry managed to raise 62 Million euros in Spain to promote various projects, according to research by Cambridge University analyzing the crowdfunding phenomenon on a European level and by countries.

This is a thriving phenomenon in Spain, according to the figures. In 2013, financing obtained through this channel was less than half compared to last year’s funding (29 Million euros), while a year before that it scarcely surpassed 10 Million euros.

According to the study, Spain was also the sixth country in Europe in terms of the amount of money moved in 2014 through crowdfunding, while the United Kingdom and France were, in that order, the leaders for a model that, in the short term, appears to have no limits.

For the present year, financial transactions in Europe through crowdsourcing platforms are expected to exceed 7 Billion euros, compared to the 3 Billion euros from 2014.

A reality that begins to take shape for Administrations.

At the end of 2014, there were 34 platforms in Spain dedicated to crowdfunding, which have moved a total of 101 Million euros in the last three years, according to data compiled by Cambridge University. But apart from these platforms, a large number of projects based in Spain are looking for funding through industry giants such as Indiegogo or Kickstarter.

The democratization in the use of technology makes these great hotbeds more accessible around the globe for entrepreneurs who seek to make their ideas germinate under the umbrella of the collaborative economy.

Interestingly, most projects financed are related to sectors of high added value, such as new technologies and innovation, although they are not only limited to these areas of activity: the term crowdfunding is increasingly recognizable in very diverse areas of society.

The Spanish Government has even addressed its legislative development in the new law for the Promotion of Business Finance (ley de Fomento de Financiación Empresarial) that was recently passed and contemplates two scenarios: direct investment and collective platforms.

The new legislation also establishes measures such as the compulsory outlay of 60,000 euros for the launch of these platforms or the supervision of each project financed through the Spanish Securities Market Commission (Comisión Nacional del Mercado de Valores).

But in spite of this legislative attempt to adapt to new forms of collaborative economy and alternative funding, the prevailing opinion in the industry (74% of cases) is that current legislation is too strict.

On the other hand, the sector has begun to organize itself. Proof of this is the Spanish Crowdfunding Association, Asociación Española de Crowdfunding, which has created a code of good practice with a view to promoting crowdfunding “as a valuable and viable way” to encourage entrepreneurship.

Crowdfunding in Spain has produced projects of all kinds. Among the numerous examples is funding for cultural projects that have faced a rise in VAT for cultural products or cuts in public subsidies; campaigns for political parties or even new media projects.

In these latter two cases, crowdfunding also allows projects to guarantee a degree of independence or creative freedom, as they do not depend on funding from large corporations and financial institutions.

Advocates of this alternative form of funding also argue that the economic support offered is democratic and merit-based, since all projects share the same platform, where they start from scratch and with equal opportunities.

Also evident in many cases is a remarkable emotional affiliation of funders with the projects they are funding: investors have faith in a project that they identify with, to the point that they wish to finance its implementation to see it realized.

This point is particularly important within Spanish crowdfunding. The reward–giving patrons a copy of what they are funding–is the most common form of compensation for individual contributions to projects in Spain. So much so that, last year alone, this financing modality managed to move 35.1 Million euros, according to data compiled by the sector.

Finally, it should be pointed out that funders in these platforms exercise the role of ambassadors (support) and predictors (opinion) for projects, contributing mostly to the construction of their reputation and their diffusion through social channels.

The future. Collective vs. Individual.

Crowdfunding has settled as a driving force that stimulates entrepreneurship and its benefits, such as innovation, job creation or funding for startups in their initial stages of growth. Its progressive establishment has allowed a global contact between all types of entrepreneurs, as well as the explosion of all kinds of new businesses and the questioning of traditional forms of funding.

Faced with this situation and the hybridization of a capitalist economy and another marked by trust, traditional financial services are forced to rethink their products and processes in light of the new paradigm and the demands that the Internet has brought to the table.

Along those lines, the president of the Spanish Crowdfunding Association (Asociación Española de Crowdfunding), Daniel Oliver says: “I question the assertion that the collaborative economy and alternative funding are changing the world, it is the world that has changed”.