The latest edition of the ideas4all Innovation HUB highlighted how Universities can host participation processes that involve all their collectives in an innovativemodus operandi that influences their day-to-day activities as well as the future of the institutions themselves.

Video report: participation and innovation to build the University of the future.

To this effect, there were two success stories from a couple of Spain’s most representative Universities, University Carlos III in Madrid and the National University of Distance Education (UNED).

María del Carmen García Llamas, Vice-Rector for Media and Technology at UNED and José Antonio García Souto, Assistant Vice-Rector for Digital Strategy and Education at University Carlos III in Madrid, shared a round table on how Universities can involve their different collectives in the decision-making process to build the future of educational institutions.

Specifically, García presented UNED’s experience with Horizonte UNED 50, an innovation community based on ideas crowdsourcing that is open to all the institution’s collectives, as a way to imagine the UNED of the future now that the university’s 50th Anniversary is approaching. 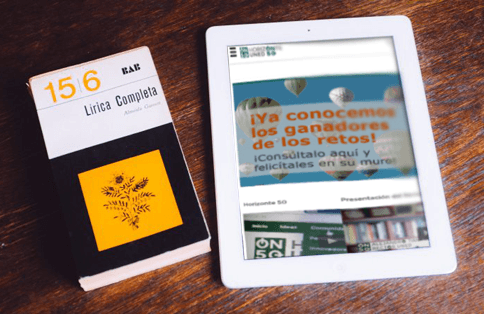 For his part, García Souto spoke of how the innovation community ideas uc3m has allowed his university to gather, among other resources, ideas from all its members for its next Strategic Plan, in a way that is “digital, global and open”, moving above and beyond traditional hierarchies, breaking up silos and bringing to the surface the University’s talent iceberg.

The University, a traditional space for the debate of ideas, opens up to crowdsourcing and innovation from all its members, to take full advantage of its collective intelligence.