15 august 2014. Gabriel García Márquez and Ken Robinson, two geniuses of innovation in education, face to face and separated by 20 years in their parallel approaches. Not only do we need a profound change in universities, we also need a profound change in primary and secondary education, in order to adapt to times that are changing and will continue to do so in the future. “The final objective –of university– should not be diplomas and credentials, but rather a return to the primary system of teaching through practical workshops in small groups, with a critical use of experience and within its original framework as a public service.”

With the recent passing away of my favorite author, García Márquez, I read one of his books which I still hadn’t read. It was in our house in the North of Spain, surrounded by a blooming garden with magnolias, flowering pear trees, rhododendrons, azaleas, camellias, white calla lilies like upright fractals that unwind their spiral little by little, and a quince tree with delicate flowers right out of a Japanese haiku. I witnessed such marvels of nature through the library window and suddenly I wondered what I might find of Gabo among the library’s books. Soon I found a gem that I could almost hear shouting at me: “read me!” That gem was “Yo no vengo a decir un discurso” (I Didn’t Come to Give a Speech).

Gabo believed in education and young people ever since in 1944, at 17, he was chosen to give his high school graduation speech before his classmates; his wise words at such a tender age are still surprising today. “But let me say it again, I didn’t come to give a speech; all I want is to name you judges of conscience in this process, and then invite you to share with this student body the painful instant of a farewell. Here they are, ready to part… and let me say that this group of young kids is destined to live on in the best daguerreotype of Colombia. All of them go out in search of the light, driven by the same ideal… and on behalf of the Liceo Nacional and of all of society, I declare this group of young people, in Cicero’s words, full members of the Academy of Duty and Citizens of Intelligence. Honorable audience, the process is complete”.

Ken Robinson has created a new paradigm in Education ever since, in 2009, he published “The Element and how finding your passion changes everything”. “One size fits all” is no longer applicable; education today requires a personalized approach where each person needs to find whatever it is he or she likes the most and is best at, depending on that person’s intelligence. We are all intelligent at something, and that is what education needs to promote: teaching us rather than informing us, in the areas we are best at and we enjoy the most in life. 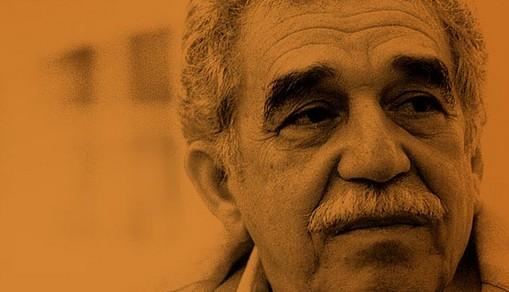 “The Element and how finding your passion changes everything”. Being in their element helps people go beyond ordinary experiences and achieve extraordinary things, apart from being happy by doing what they are passionate about. Passion and the element go hand in hand. That is why finding your element is like an Epiphany. It is not about being intelligent; it is about how you are intelligent.

Gabo discovered his element as a student of Journalism, and without ever thinking of being a writer, he responded to the challenge presented by the Director of the literary supplement El Espectador, Eduardo Zalamea Borda, when he claimed that the new generation of writers had nothing to offer. So, Gabo wrote a short story and sent it to the supplement that Sunday, looking to make its Director swallow his words. It was published on the following Sunday, and not only did Zalamea Borda print the short story, he also complimented the author publicly after apologizing for having been wrong, claiming that, with that short story, a new genius of Colombian literature had been born. Not wanting to make Zalamea look bad, he kept on writing. 1970.

García Márquez saw no difference between science and the arts or poetry, because everything seemed one to him. He simply believed, like Jack Lang, that culture is everything. Welcome then, welcome to you all to everyone’s home. He said of Latin America at the turn of the millennium that, while everyone was getting ready for one historic moment, they were only just barely getting a glimpse of the industrial revolution. Children in Latin America count on their fingers while the first world uses computers that perform hundreds of thousands of operations in a second.

On the other hand, the first world has lost the best human virtues of the 19th Century, like idealism, giving priority to emotions, the scare of love and, why not, that same passion Robinson speaks of. “It is a culture of celebration, daring and adventurous, a culture of mystery where we break out the straitjacket of reality and finally reconcile reason and imagination, words, gestures… going to prove that all concepts, sooner or later, are run over by life itself. That is the strength of our underdevelopment, a new and beautiful energy…” 1985. He criticized investing in the arms race rather than in education and said that two Trident submarines from the USA, or two Typhoon submarines from the USSR could make the dream of world literacy come true, and that maintaining schools during a fifteen-year period would only require 245 of the 400 Trident II rockets. 1985. “I believe that it is still not too late to build a utopia that allows us all to share the earth.”