7 october 2014. Although creativity is sometimes the result of sudden and unexpected inspiration, most of the time that isn’t the case. The truth is that creativity and inspiration are affected by external factors that we can influence in order to invite creativity when we need it, rather than wait for its appearance.

To illustrate this, let me distance myself from the traditional (and at times boring) posts dedicated to innovation in business. Passionate as I am about innovation processes and creativity, as well as about cinema and gothic romanticism, I’ve always asked myself…when everything has already been invented, how do you create a monster?

Let us answer this question in two blog posts. In the first one, we will showcase 3 examples of circumstances that have led us to innovate by creating monsters:

In the second post we will see how, throughout the last three centuries, the breeding ground and catalysts for creativity have remained the same, while we identify 6 factors that we can apply to catalyze creativity and innovation in our organizations, as we have seen for years in ideas4all. 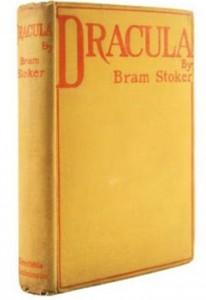 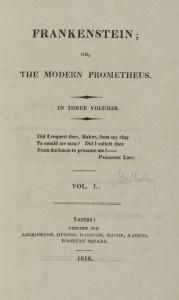 The year was 1816, known as “the year without summer” because of a climatic anomaly that caused a 0.4oC – 0.7oC drop in world temperature, provoking a serious shortage of food in the Northern hemisphere.

In June of that non­existent summer, Lord Byron had rented a mansion in Switzerland, Villa Diodati, on the shore of Lake Geneva. During his stay there with his personal physician and assistant, John William Polidori, he was visited by English poet Percy Shelley and his young 19­ year old lover Mary Godwin (soon to be Mary Shelley). Mary was the reason Shelley had  escaped to Switzerland, leaving behind wife and children. The rain, storms and darkness forced them to stay inside the Villa for several days.

Bored and exhausted, they began to read horror stories on the night between the 16th and 17th of June, and to discuss different subjects such as Galvanism, the experiments carried out by Erasmus Darwin, and the possibility of discovering the basic principle of life and of introducing it in inert matter. They probably also discussed the literary motif of divine consent for evil and suffering, as these were subjects addressed in “Paradise Lost”, by John Milton, Mary Godwin’s admired idol who had stayed in that same villa two centuries earlier, reason for which the  young writer considered the house a place of cultural worship. Be that as it may, at the end of  the evening Lord Byron proposed a challenge to his friends: they would all write a horror story.

The breeding ground of that meeting in a bleak, stormy night brought about results such as the novels “Frankenstein; or, The Modern Prometheus” by Mary Shelly, published in 1818, and  “The Vampyre” by Polidori, published in 1819. “The Vampyre” was the first novel to personify this traditional myth in a seductive aristocrat,  laying the foundations for romantic vampire fiction, and served as inspiration for later novels, particularly Bram Stoker’s “Dracula” (1897).

Example 2: 20th Century. Freddy Krueger: a new “classic” character at a time when they had all been invented

1984 saw the release of “A Nightmare on Elm Street”. Freddy Krueger, the main character, is a psychopath disfigured by fire who appears in the nightmares of teenagers who he murders in dreams, thus causing their death in real life thanks to his ability to physically and instantly materialize what happens to his victims in their nightmares. He wears a red and green striped sweater, a worn­out hat and a glove with blades that he built himself to murder his victims with. He has a macabre sense of humor and a unique personality.

The film saved its Producers, New Line Cinema, from bankruptcy, and set off a saga that has churned out 9 movies to date (including a remake), a documentary film, a TV series and a comic book series. 30 years on, Freddy Krueger is recognized as a classic monster, a cultural phenomenon, and Universal Studios, subcontractors of the franchise, compare him to Dracula and Frankenstein. When everything seemed invented, how did Wes Craven create a new iconic monster “out of nowhere”?

As the filmmaker himself says, he was inspired by three brief articles in the LA TIMES, about immigrants from South East Asia who died while they were having a nightmare. Although the  LA TIMES never related them together, Craven was intrigued by the coincidences. The family’s recounting of the third case shocked him, because they declared the deceased did not want to go to sleep because of the nightmares. His family tried to help him sleep in whatever way they  could, and even gave him sleeping pills. They said that after several days without sleep, he finally fell asleep on the sofa and they took him to his bed. Shortly after, they heard a scream and found him dead in the room. The autopsy was inconclusive, but the cause of death was not a heart attack. In his closet they found a coffee pot with the coffee that he took to stay awake, and all the sleeping pills they thought he had taken, but which he spat out and hid away.

Wes Craven researched further and discovered that this phenomenon was not that uncommon in Laos and Cambodia. So he decided to use these facts as a seed for a new movie, and he set himself a challenge: “I wanted to do something that was tied into the deepest recesses of our subconscious”. From there on, he was systematic: the idea of an adult terrorizing children came from a personal experience when he was 5. The attire and color of his clothes came from an article he read in Scientific American saying that red and green are the most striking colors for the human retina, as well as the fact that he wanted Freddy to be clearly visible in the dark even if he changed shape. The artificial claws are connected to a subconscious fear of predators;  Craven didn’t want a weapon that was a separate instrument, he wanted something that was part of the killer’s body and that he could control with ease.

The process is described very well in an interview Craven gave in 2008  that I very much recommend if you want to learn more.

Example 3: 21st Century. Slender Man: collaborative creation of a meme and a modern urban legend Slender Man is the least known monster in this post, basically because he hasn’t made it to the big screen, at least explicitly (it did inspire a Hollywood film where he isn’t actually mentioned), and there is no novel about him. Even so, he has become an urban legend. Slender Man is, at present, a tall humanoid figure with arms in the shape of tentacles or branches, capable of changing shape. His head has no hair and his face has no features, he has white skin and wears a black formal suit. He has the ability to produce amnesia, psychosis, insomnia to his victims and is related to child disappearances.

The year was 2009. In the web forum Something Awful, where contents include internet news, film commentary, horror games, anime and “adult” parodies, user Gerogerigegege creates the thread “Create Paranormal Images” as a divertimento with a challenge for members who wish to contribute their fake supernatural photos. Several users send their messages, but a couple of them, sent by Eric Knudsen (a.k.a. “Victor Surge”) attract the most interest and comments from users, motivating Knudsen to create more. 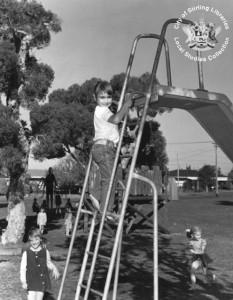 One of two recovered photographs from the Stirling City Library blaze. Notable for being taken the day which fourteen children vanished and for what is referred to as “The Slender Man”. Deformities cited as film defects by officials. Fire at library occurred one week later. Actual photograph confiscated as evidence. 1986, photographer: Mary Thomas, missing since June 13th, 1986.

Victor Surge’s fake pictures show glimpses of a humanoid figure with long arms in photographs with children. They are accompanied by a caption, which makes them seem more authentic, as in the photograph that appears in this post: “One of two recovered photographs from the Stirling City Library blaze. Notable for being taken the day which fourteen children vanished and for what is referred to as “The Slender Man”. Deformities cited as film defects by officials. Fire at library occurred one week later. Actual photograph confiscated as evidence. 1986, photographer: Mary Thomas, missing since June 13th, 1986.”

From that moment on, other users started contributing to the story of Slender Man, with ideas, fiction and images. The story becomes larger than its form and spreads all over the internet, other users try to add a historical background story and create a connection with old German legends, even going as far as creating elaborate (supposedly) medieval engravings. A series of videos appear in YouTube imitating found footage (the first of these, Marble Hornets, is being adapted for the big screen), new videogames are made about the character and many people pass on stories and images without being aware of their actual origin and believing they are true, until Slender Man’s transformation from meme to urban legend is complete.

Now there are testimonies of people who claim they have truly encountered Slender Man and there has even been the case of two 12 year old girls who, on May 31 2014, stabbed another classmate, who was also 12, stating that it was their first step towards becoming followers of Slender Man, “who observes them, reads their minds and can teleport”.

These three examples in three different centuries point to several common factors in the creative processes of innovation. In the second part of this post, we will use these elements to distill 6 factors that can act as catalysts in our organizations.

Something Awful forum (the images have disappeared because of web host closure): But you can access a snapshot with the images in WayBackMachine.