15 october 2014. In my previous post we looked at three examples of monsters created through innovation, in 19th Century literature (Frankenstein and Dracula), in 20th Century cinema (Freddy Krueger), and in current memes and urban legends from the 21st Century (Slender Man).

A look at the common denominators in the creative process of each of these cases shows the following catalysts:

1. The importance of a playful element or the search for entertainment: What the intellectuals from the 19th Century revolving around Lord Byron at Villa Diodati, and the 21 member at Something Awful both had in common was, among other factors, they wanted to escape boredom. I believe many analyses of the innovation process in companies lack one factor that we at ideas4all consider very important: the game element. If the people who use ideas networks in our organizations think of them as work tools–just one more thing to do–chances are that they won’t use them. In fact, ideas4all believes that because our innovation agora networks have that game­like (rather than professional) feel, a place users consider theirs more than the company’s, is one of the factors that lead to the high participation ratios we are achieving.

2. The importance of inspiration from other people’s ideas: This element is present in all three cases and is perhaps the most important element of the breeding ground. Ideas do not arise spontaneously. Ideas grow, intertwine and reproduce just like living organisms. It was those conversations during the stormy nights at Villa Donati that stirred their minds around ideas that would become innovation in romantic­ gothic horror literature at the time. In turn, those conversations were preceded by the readings and education acquired by the people who took part. Likewise, the forum “Create Paranormal Images” was a constant exchange of contributed images that users would share with each other, while they value other people’s contributions. To express, listen, comment and value the ideas of others is the main catalyst for innovation. It is therefore very important that an ideas network provides closeness and immediacy for all its actions. No watertight compartments, no approvals, no self­censorship. I remember that when ideas4all was just being born, Ana María Llopis, founder and current CEO, asked her first team to prepare 30 ideas each on whatever subject we wanted. None of us, expect for her, was capable of achieving that objective. But on the next day, when we started putting them together, we started coming up with new ideas and new spheres for ideas very quickly. And none of us had any trouble reaching the 30 ideas right there and then.

3. The importance of the challenge (or at least focusing on a subject): In all three cases, the  “ideators” were facing a challenge: the one set by Lord Byron, the one shared by forum user Gerogerigegege, and in Wes Craven’s case, the challenge he set himself of writing “something that was tied into the deepest recesses of our subconscious”. However, in ideas4all we have learnt that there is a very large participation of ideas that are shared freely, not in answer to a challenge. We have also observed that most of these are ideas that were conceived before the network was made available to them. In general, best results are obtained when participants face a challenge. There are two reasons for this: concentrating on one subject and creating a competition (with each other and with themselves).

4. The value of scouting, research and prospecting: It is not always possible to participate in a group with a common interest, but you can almost always make a prospection based on what is already there and the subject you are focusing on. What is traditionally called studying the state of the art in investigation, but which can simply be a “scan” of the reality around us, like Wes Craven did with his attentive eye on newspapers and scientific journals, or the group reading of short stories on a stormy night with “Team Byron”, or browsing through the internet looking at paranormal images. Creating an atmosphere of interest surrounding a subject helps with the initial generation of ideas. Some of our clients, like Banc Sabadell, have come to handle this principle very well, mixing offline activities like events or talks with gurus, and documents published online that help to focus attention and prepare the ground for the challenges they set their community of ideators. In other cases, such as in the project we shared with Fundación Telefónica, users are asked, in an initial phase, to carry out this scouting themselves, and to gather materials, knowledge and experiences to put them all together before proposing their own innovation projects. 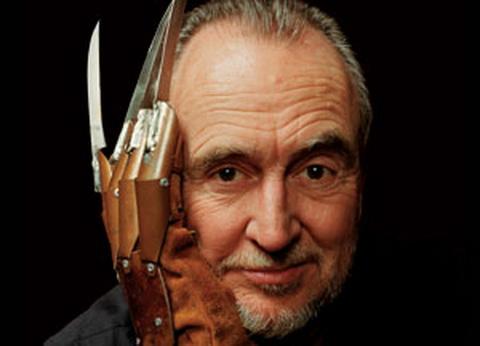 5. The importance of working together: Although we have seen a common approach in all three examples studied here, the only one that was truly the result of collaborative creativity was Slender Man; and this to such an extent that the character has transcended its forum, and creator, to become a meme. For this kind of process, collaborative work creates the breeding ground, and the true catalyst is the technology itself. Urban or popular legends like the myth of the vampire were created in centuries through word­of­mouth. But the creation of the myth of Slender Man has taken place in weeks thanks to the possibility of communicating with one another through the internet. The use of technology in ideas social networks like ideas4all innovation agora is not an innovation that disrupts the creative process, it is simply catalyzing a process that, as we have seen, has remained basically the same for centuries. The main innovation in the world of business is the democratization of this process in a passage from hierarchy to what in Spanish has been called redarquía, a different, more and technology is the catalyst.

6. The importance of feedback, the ego and recognition: There is no greater reward than to see your own ideas become reality: the birth of a book, a movie, the fact that your company offers a product that you conceived or opens a line of business that you suggested, or introduces the simplest improvement in a small process, but that you came up with… But even when that isn’t possible, human beings tend to share their ideas (which are always valuable, even as inspiration for the ideas of others) when they receive something in exchange. And very often, all that they need is recognition. Recognition pleases the ego, and this pleasure becomes motivation. This is evident in the speed at which events unfold in a social network. However, we must keep in mind that this factor can also catalyze the reverse reaction: a lack of recognition or lack of implementation of ideas leads to failure. Slender Man probably wouldn’t have become a meme if the creator’s peers hadn’t congratulated him when he sent the first fake  photographs he made.

But the response he received from his peers motivated him to  continue improving and the snowball effect was triggered. Our experience with users of the ideas4all open network (http://www.ideas4all.com) tells us that expensive prizes like latest generation iPads produce exactly the same results than a far less expensive prize like an iPod Shuffle. And in the collaborative networks of our clients we have seen true success stories in terms of participation and the quality of ideas, like in Grupo Santander, even with challenges where there was no prize other than recognition, or the reward of seeing one’s idea implemented.

With these thoughts in mind, let me finish by setting my dear readers two challenges to choose from: