Collaborative intelligence has become one of the most efficient ways of innovating.

As we saw recently, asking for input from one or several stakeholders in an organization allows that organization to choose an innovation model based on an open circuit rather than a more traditional closed circuit, restricted to a grey area normally confined within the four walls of an office.

In comparison, the open circuit allows the involvement of greater diversity in the resolution of challenges, increases the disruptive potential of ideas and uncovers reservoirs of talent that used to be hidden. But it also delivers first-hand knowledge of the market, bringing us closer to our clients or strengthening their feeling of belonging to a brand or product.

Many companies choose this model, because they are aware of their necessity in a context of disruption and change that requires innovation with all the resources and strengths available, either internal or external.

Pilar Roch, CEO of ideas4all Innovation, reviews the company’s last year for Innovadores and how several clients have benefitted from collaborative intelligence.

Santalucía Seguros: putting people at the center of innovation.

“Last year was a turning point for tuiddeas, the open innovation community intended for the insurance company’s employees. Without leaving behind ideas crowdsourcing, the community has hosted a program for corporate entrepreneurship that has identified 50 intrapreneurs among the close to 7,000 employees in the organization. Identifying innovative talent is key for any company, as can be seen in the second phase of this project, where ideators become involved in the complete co-creation of 10 new strategic business models. This commitment to covering the entire innovation cycle is what helped the insurance company to win the ideas4all Innovation Award 2017 to the most innovative company at our annual event innovationHUB”. 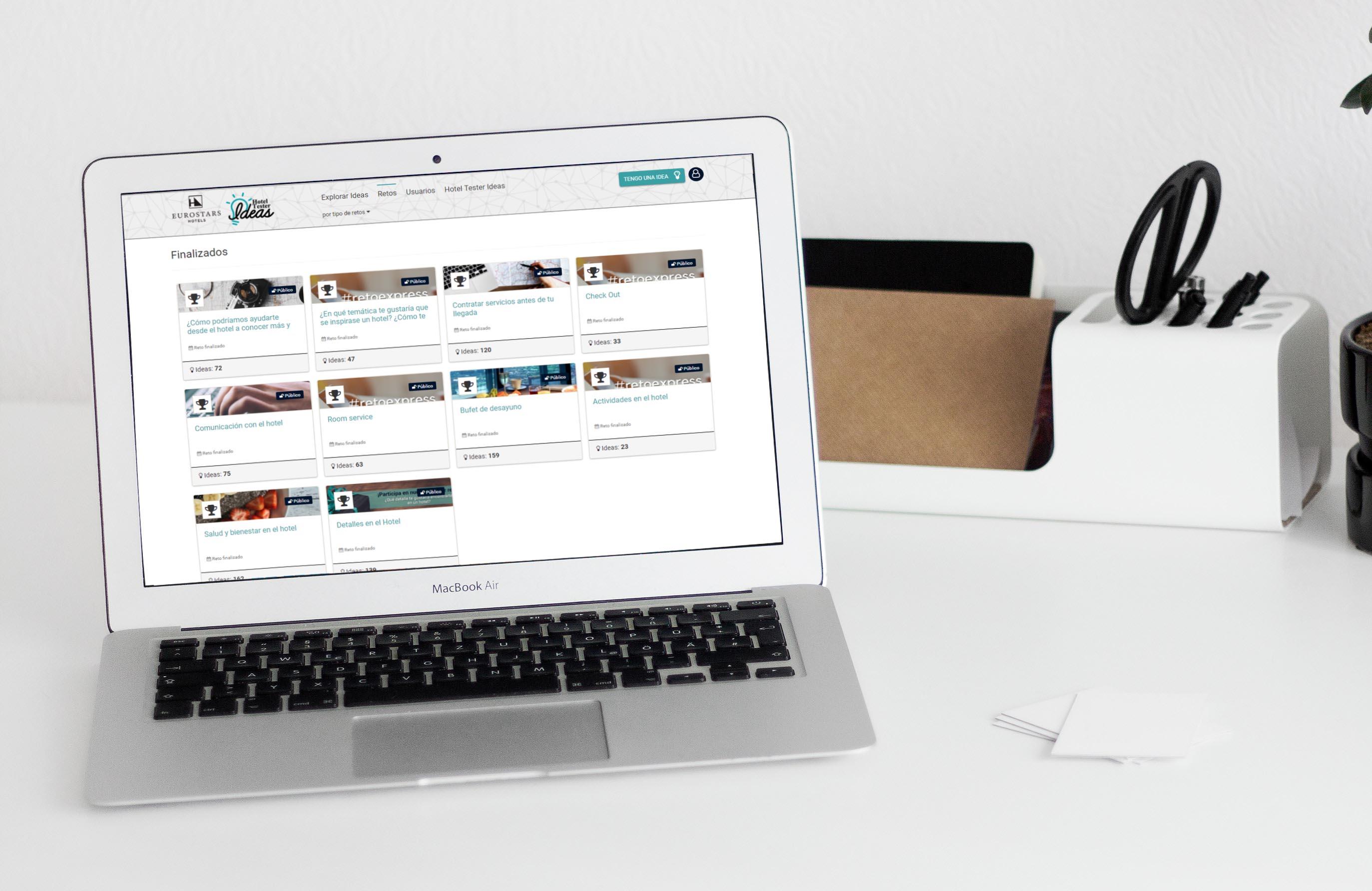 “Hotel Tester Ideas makes it possible for the hotel chain to fully open its doors to listening to clients. Clients are at the center of a community where they share their ideas regarding the chain’s hotels and services. It is a pioneering program for active listening in the country’s Tourism sector that, on one hand, reinforces the customer journey for clients, taking it beyond the stay at the hotel, and on the other hand, allows the chain to gain first-hand knowledge in real time about the sector’s trends and demands, granting them a great competitive advantage”.

“For over seven years, our oldest client Banco Sabadell has shown its confidence in us in giving voice to its employees, and asking for their opinion through an open innovation community and ideas crowdsourcing. In that time, the bank has generated thousands of new ideas and has refined its open innovation management model. In 2017, the bank opened four strategic challenges to participation from employees, bringing the organization even closer to the comprehensive involvement of its workforce in innovation, with new processes that give more transparent and immediate information to ideators on the status of their ideas”. 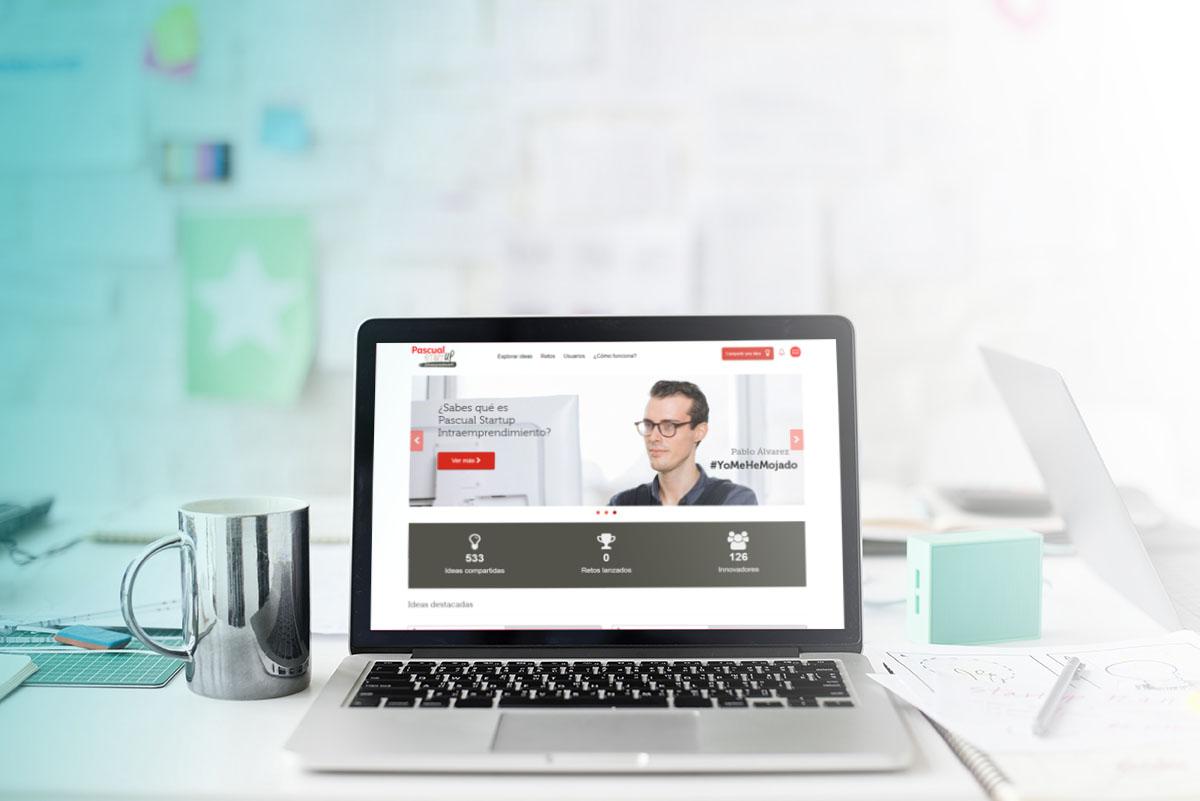 “Since last year, we are supporting Calidad Pascual in promoting participation in innovation among its employees. After doing the same with entrepreneurs and startups, the company has developed an intrapreneurship program through a crowdsourcing community open to ideas from its employees. The project shows how today’s companies can innovate using their whole ecosystem: with external actors, but also internal ones; using the logic that in-house talent, because of their knowledge of the company and its market, is a great source for ideas and their validation”.

“For the last two years, the optical group has co-created with its clients through the community ideas4afflelou, a pioneering initiative in its sector. What is more, in 2017 they expanded their proposal to also include a group of employees in the community, blurring internal and external barriers in innovation and its management. This allows the group, on one hand, to receive real input from its clients, and on the other, to analyze and complement them with internal know-how. Within this integral cycle, the ideas suggested by consumers are developed internally and, in turn, validated by the client”.

“Citizen participation and civic engagement are very important issues when managing smart cities. This year, we have again worked with Santander’s City Council in the project Santander City Brain, a community open to ideas from the several different collectives in the city, getting citizens involved in the transformation of the environment they live in. The community brings the city’s government team closer to citizens, who participate in decisions regarding strategic matters. For example, the citizens of Santander shared their ideas for the improvement of one of the city’s largest green spaces (three of those ideas have been implemented), or they have shared ideas for the promotion of the upcoming Sailing World Cup, which has put Santander on the international sporting map”. 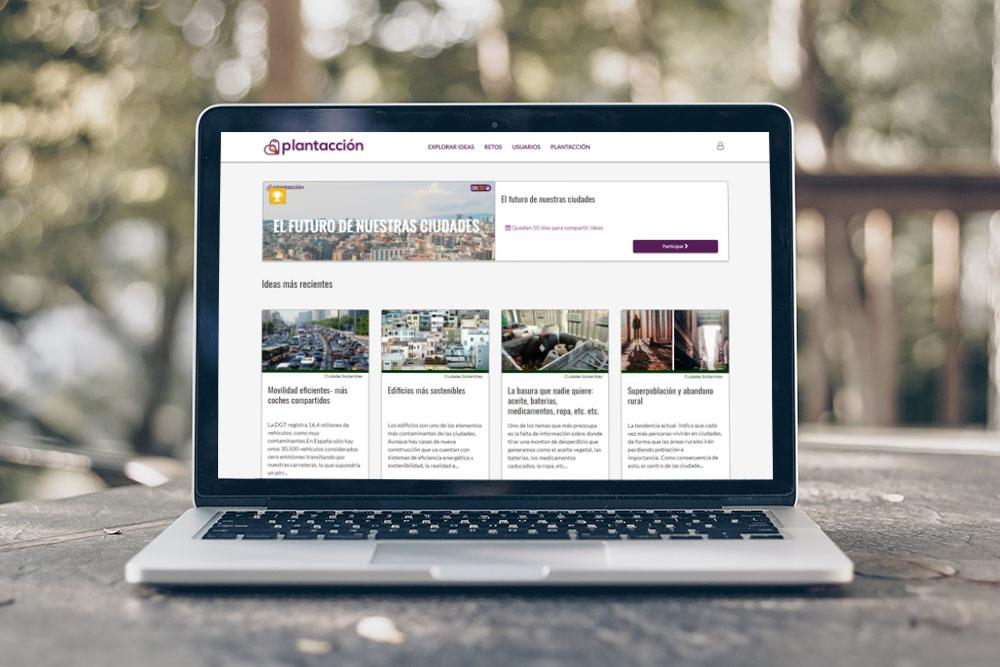 “UnLtD Spain is another outstanding example of how organizations can open up to innovation with an ecosystem of collaborators. But they also show there is a different way of doing things, and that the impact a company has in the world can go beyond economic profitability. The launch of PlantAcción allows private companies and entrepreneurs to co-create ideas with a social impact. A practical example of this was the first challenge proposed in the community, sponsored by the pharmaceutical company Lilly, where over 600 active players in social innovation shared their ideas to find formulas for healthy aging”.

University of Alcalá: looking to the future in the 500thanniversary of Cardinal Cisneros

“Historically, universities have been a space for debate and ideas, and technological disruption makes it possible to amplify their reach to the whole of society. The University of Alcalá has become the center of a debate open to the different university collectives and to society in general, through their participation in imaginalaUAH, a community that collectively rethinks the future of the university. In the five-month duration of the initial project, UAH obtained almost 500 ideas, fruit of the collective intelligence of more than 400 people”.

Are you interested in the cases featured in this article?
Discover the details of how Alain Afflelou, Calidad Pascual and Santander City Council are benefitting from collective intelligence in their respective case studies.