With London as the perfect backdrop and all things ‘collaborative’ as the driving force, Collective Innovation was on the agenda for large corporations in a recent event. Big names of the selective IBEX 35, such as Repsol and Banco Sabadell, as well as educational institutions like the UNED met in the British capital on September 7 to share their best practices in collaborative innovation processes.

The event, organized by ideas4all Innovation and IXC at the Institute of Directors in London, was also attended by companies in different sectors, such as Mondelez, Marks & Spencer, Banco Santander and GE Healthcare, as well as several British universities.

Clear evidence that innovation and organizational transformation are cross-cutting issues that affect all industries. And that collective intelligence processes allow all types of organisation to promote and add value to existing knowledge as a prime commodity.

A commitment to the transformative potential of collective talent

In this sense, the UNED (National Distance Education University) presented their experience with Horizonte UNED 50, a collaborative innovation community open to all the collectives that make up the University (Associated Centres, Alumni, Administration Staff…). 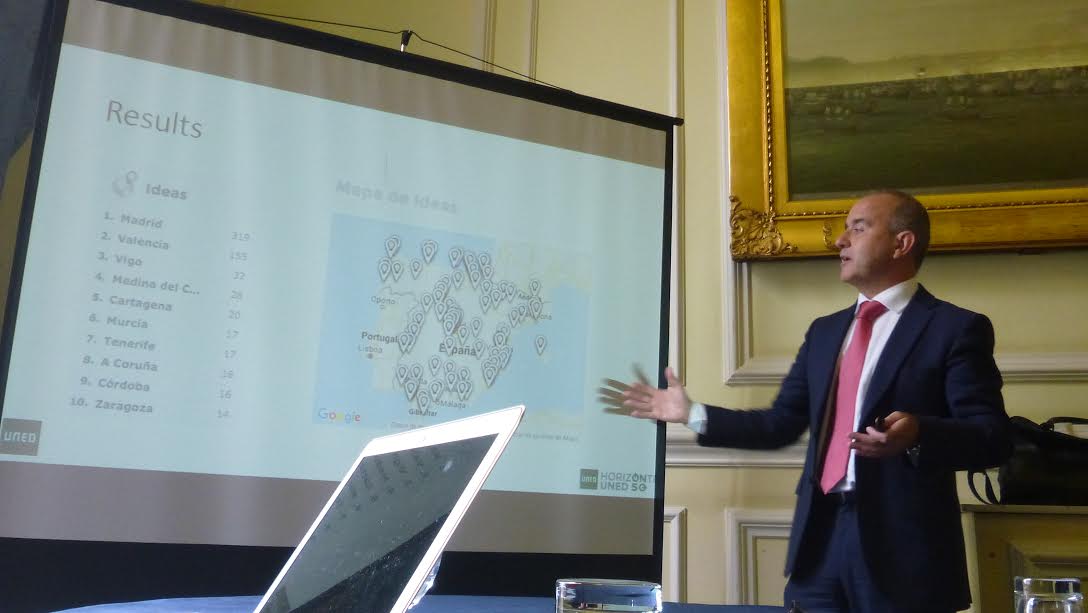 According to the Vice-Rector for Faculty and First Vice-Rector, Ricardo Mairal, a commitment to collective innovation and ideas crowdsourcing has allowed all existing talent in the university to emerge, beyond the division of different campuses and geographic barriers, using digital environments to vindicate the traditional role played by Universities as a centre for the debate of ideas.

Over 2,000 members from the different areas that make up the university have contributed their ideas to transform the UNED with a view to its 50th anniversary and a more innovative, participative and engaging future that the university can build through collective processes.

More than 1.100 ideas in strategic areas for the University @UNED thanks @rmairal for this fantastic case study pic.twitter.com/hIX0BtxH8r

Collective talent also makes companies stronger in a knowledge-driven economy, where the value proposition often goes beyond an offer of tangible goods.

Banco Sabadell’s Director of Innovation, Carlos Alonso, shared the bank’s success story with an innovation community open to its employees. In seven years it has become a pillar in the promotion of an internal culture of innovation, talent detection and engagement through collective, democratic and transparent participation processes.

So much so that one project Alonso highlighted, which emerged through an idea shared in the community, has allowed its authors–several bank employees–to travel to Silicon Valley in order to present the idea. 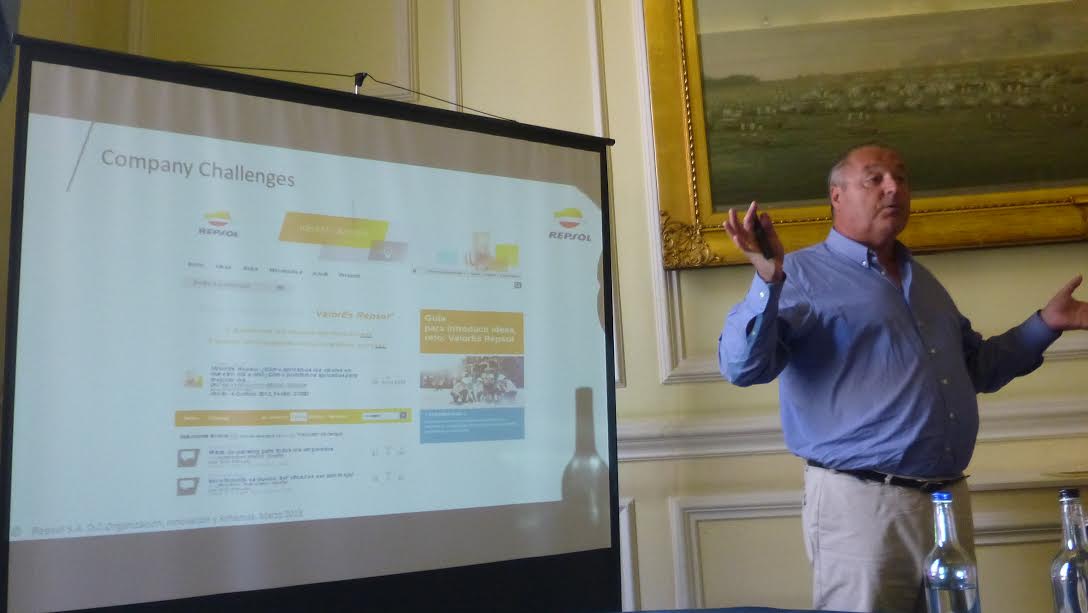 Along those same lines, Juan Luis Rodríguez Sánchez del Álamo, Assistant Director for Innovation at Repsol, explained how essential counting on an open innovation community has been for the oil company as a means to develop an internal culture of innovation and strategic alignment.

Similarly, he also highlighted its importance in extracting the best from large enterprise environments, characterised by diversity, through new work methods distinguished by cooperation, co-creation and collective learning.

Despite different origins, all three guests spoke and shared with the audience some of the best practices for innovation management through open and collaborative communities.

Here are some of those mentioned.

Measurable benefits can be intangible (the creation of a culture of innovation) or tangible (ideas that take the form of products and services). In the latter case, we should differentiate between short-term innovations (incremental, evolutionary, quick wins…) and long-term innovations (disruptive, transformative).

Although it may seem obvious, the success of digital environments for open innovation depends on participation. The commitment of higher management is therefore crucial, as is the role of communications that integrate everyone around the community.

This type of initiative is based on bidirectionality and transparency. Also, messages are inclusive and participation is horizontal. Ideas deserve to be listened to, regardless of whether they are taken forward or not.

Participation can be encouraged using a mechanism of tangible or intangible rewards within the community.

Still curious? Would you like to find out more?

Do not hesitate to contact us for more information and an individual proposal adapted to your organisation.